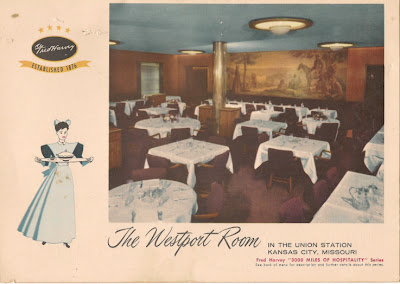 In 1875, businessman Fred Harvey (1835-1901) opened two restaurants in Kansas and Oklahoma along the Kansas Pacific Railway. At that time, the railways did not serve food on trains and Harvey's restaurants quickly became popular with travelers. Within a few years, Harvey contracted with the Santa Fe Railway to build and operate restaurants at dozens of stops throughout the Southwest. The Harvey House chain operated until the 1960s and at its height included 84 restaurants stretching from Kansas to California.

In 1883, Harvey implemented a policy of employing a female white only serving staff. He sought out single, well-mannered, and educated American ladies, and placed ads in newspapers throughout the east coast and midwest for "white, young women, 18 to 30 years of age, of good character, attractive and intelligent". The girls were paid $17.50 a month (approximately $436 in today's terms) to start, plus room, board, and tips, a generous income by the standards of the time.
In a mythology that has grown around the Harvey Houses, these female employees are said to have helped to "civilize the American Southwest". This legend found its highest expression in The Harvey Girls, a 1942 novel by Samuel Hopkins Adams, and, more notably, the 1946 MGM musical which was inspired by it. The film stars Judy Garland and Angela Lansbury, and it was directed by George Sidney. It introduced the Johnny Mercer song "On the Atchison, Topeka and the Santa Fe." 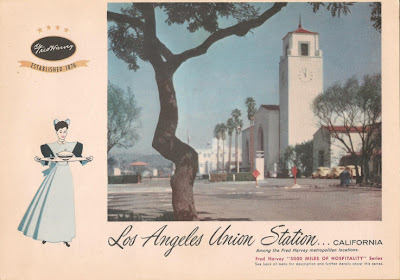 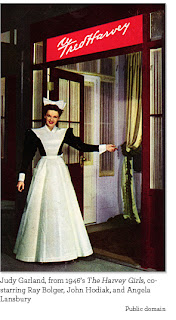